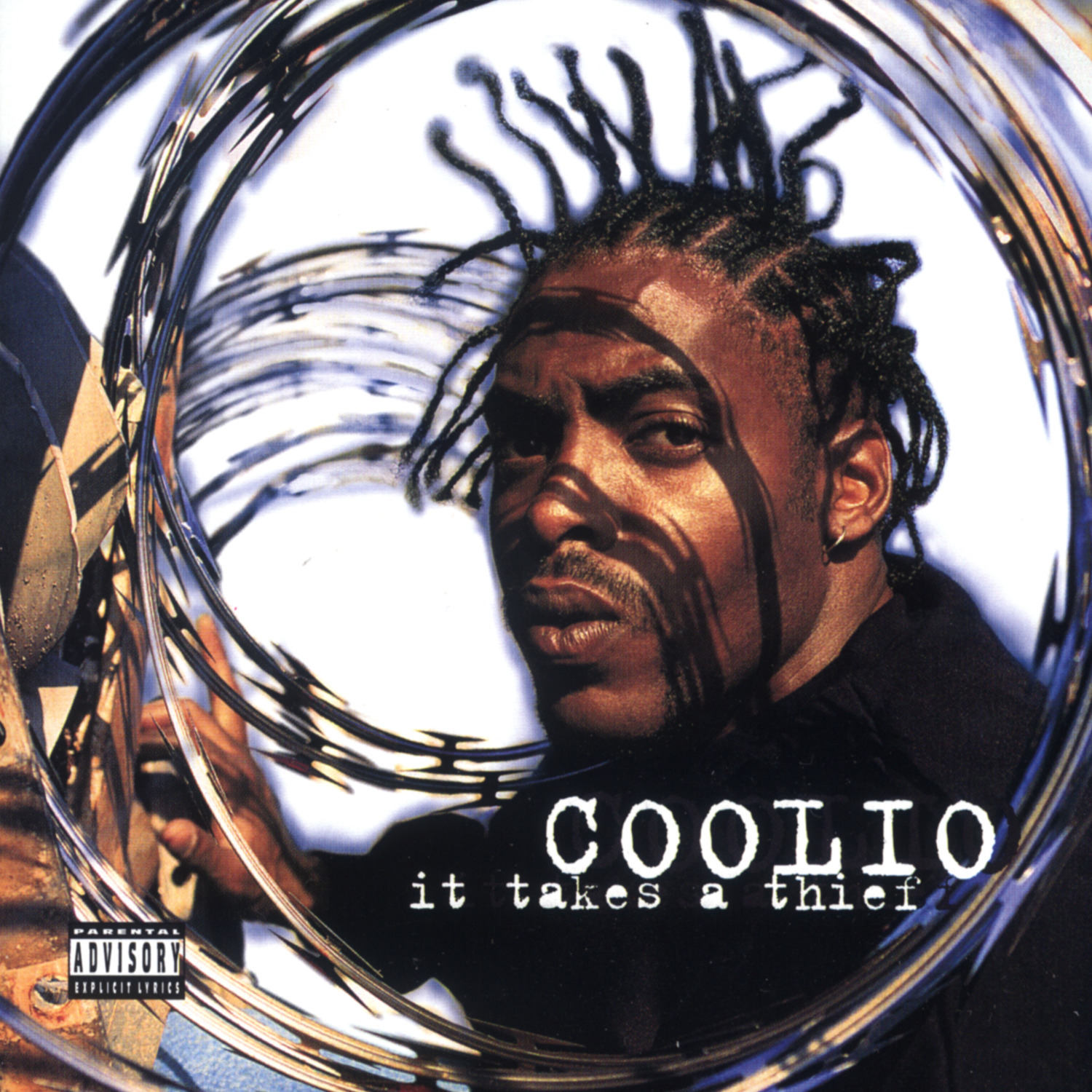 Coolio's debut, It Takes a Thief, brought him immediate success, establishing his reputation as a hard-knock, gun-slinging gangster with a biting sense of humor. Instead of trying to incite fear in his raps, he complained that he didn't like having to live that way and noted that there wasn't really a choice in the matter. Practically all the songs on It Takes a Thief are about one of two things: gang-banging and robbing in the ghettos while trying to make ends meet, or about hard times as a crack addict on the streets. Like Nas (who also came out with his debut in 1994), his lyrics are justifications and apologies for living the thug life in an era when most popular rappers glorified the hardcore lifestyle. Rather than hyping his toughness, he explains ghetto trials and tribulations. With its infectious "Slide, slide, slippity slide" chorus, it went unnoticed that his breakthrough single, "Fantastic Voyage," was actually a song about escapism, and that "I Remember" was about the angst of getting shot by a gang member for unknowingly wearing the wrong colors, rather than a sentimental ditty about the good ol' days. Regardless of the commonly misinterpreted underlying meanings, the songs are undeniable party jams, and with future albums, the lyrics would focus more and more on the dancefloor aspect. The whole journey is a fantastic and underrated juxtaposition between good times and bad times, and ultimately, even though his second album, Gangsta's Paradise, sold more copies, this debut represents Coolio at his finest hour.

It Takes a Thief